The quality of Nongfu Spring comes from the perseverance and effort of each employee. 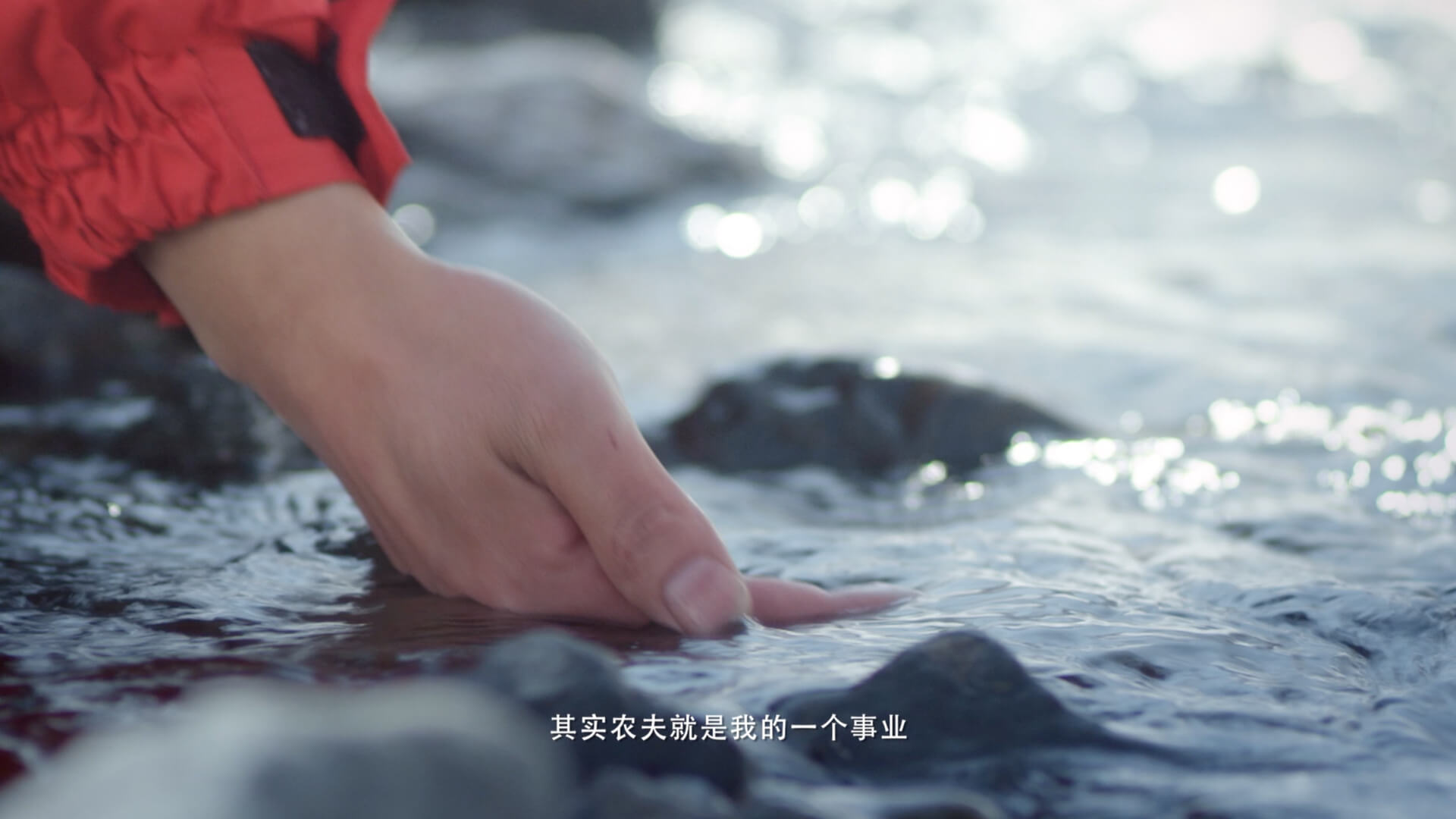 "To make good products, advanced production lines are only one aspect, ultimately it depends on people."

Nongfu Spring has the world's advanced production lines. The entire production process from bottle blowing, filling to packaging is controlled by microcomputers. Production personnel do not need to directly touch the product which ensures the product is clean and healthy. However,in order to produce first-class products, it is not only production lines but also the management personnel that matters. 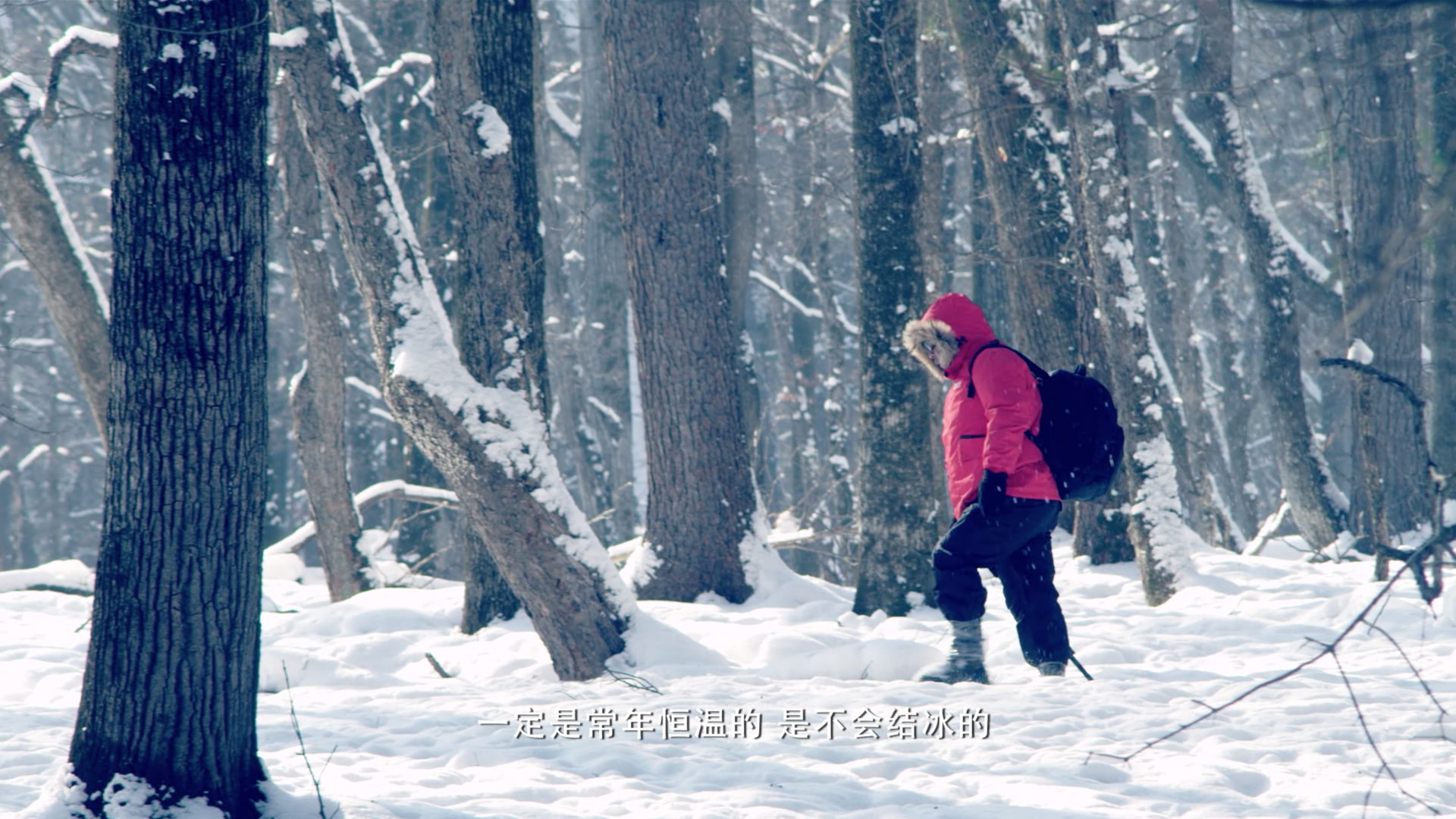 Nongfu Spring has made great efforts in the search for high-quality water sources. Nongfu Spring's water source explorer Fang Qiang, an employee for 22 years, took on the heavy task of finding water resources, and left his footprints in countless dense forests. 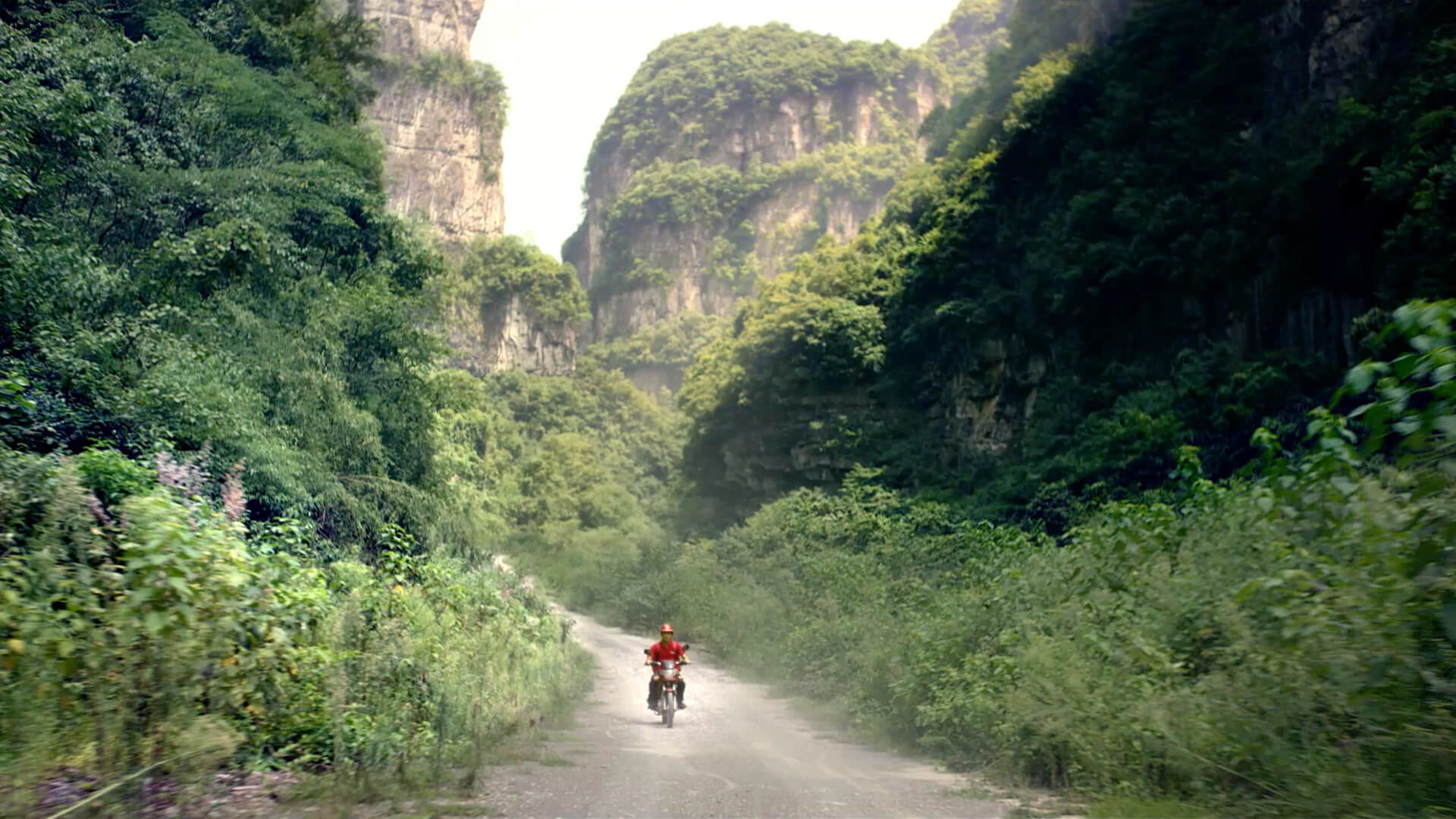 "My job is to ensure the finest water quality so that consumers can trust our water." 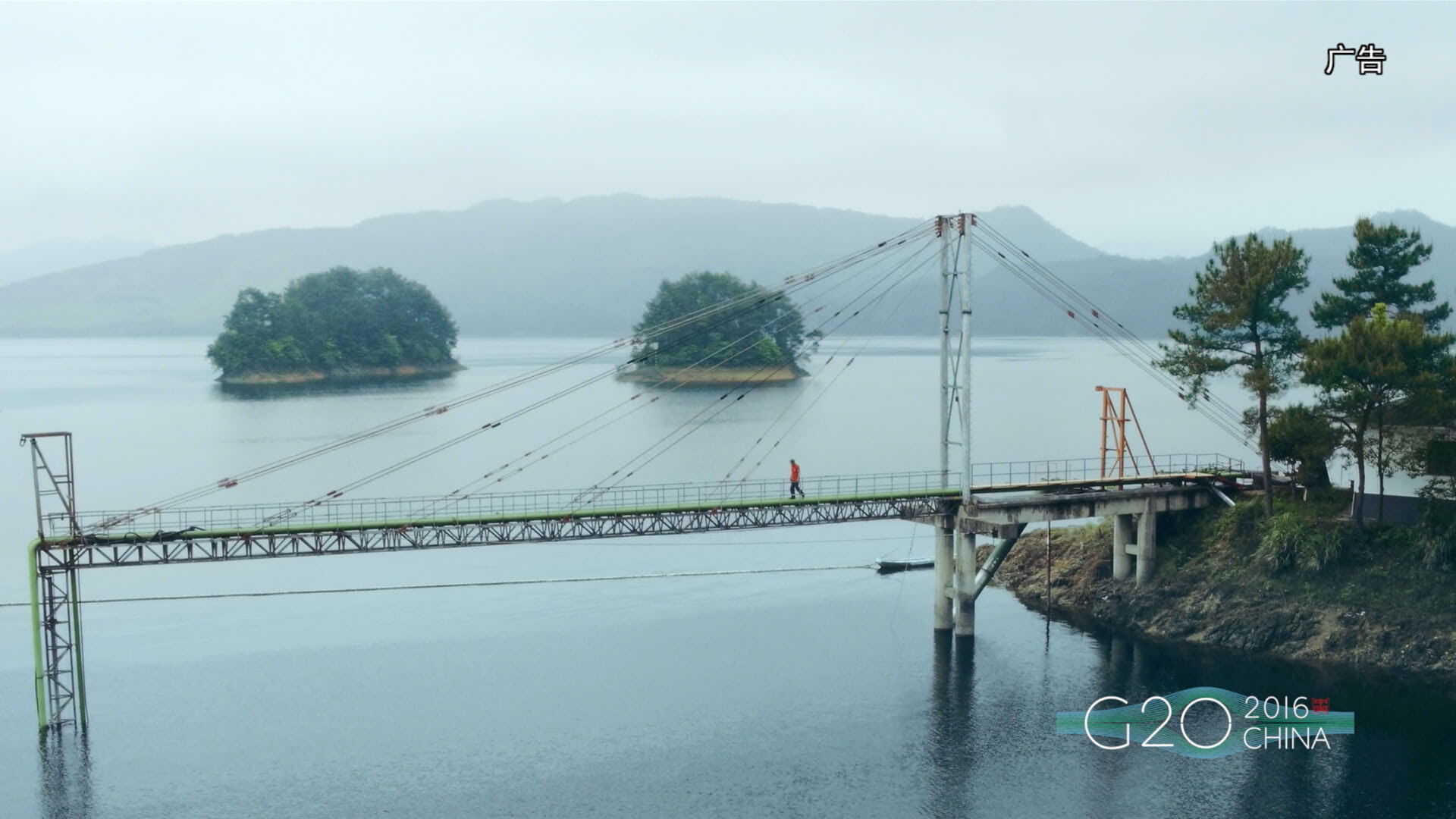 "I am the source porter."

The top ten production bases of Nongfu Spring are all built around high-quality water sources. Nongfu Spring contributes its own strength to the protection of water sources. An elderly man, Xu Zhongwen, lives on the island where the water intake of Qiandao Lake in Nongfu Mountain is located. He is the “owner” of the island and a guardian at the source.

The exploration of water sources and forests in the past two decades has kept Nongfu Spring in awe of nature.

The overall design and construction process of each factory in Nongfu Spring is strongly focused on integrating the natural environment into the design and reducing the impact of our activities on the surrounding environment. We respect nature, not disregard it; we protect nature, not destroy it. 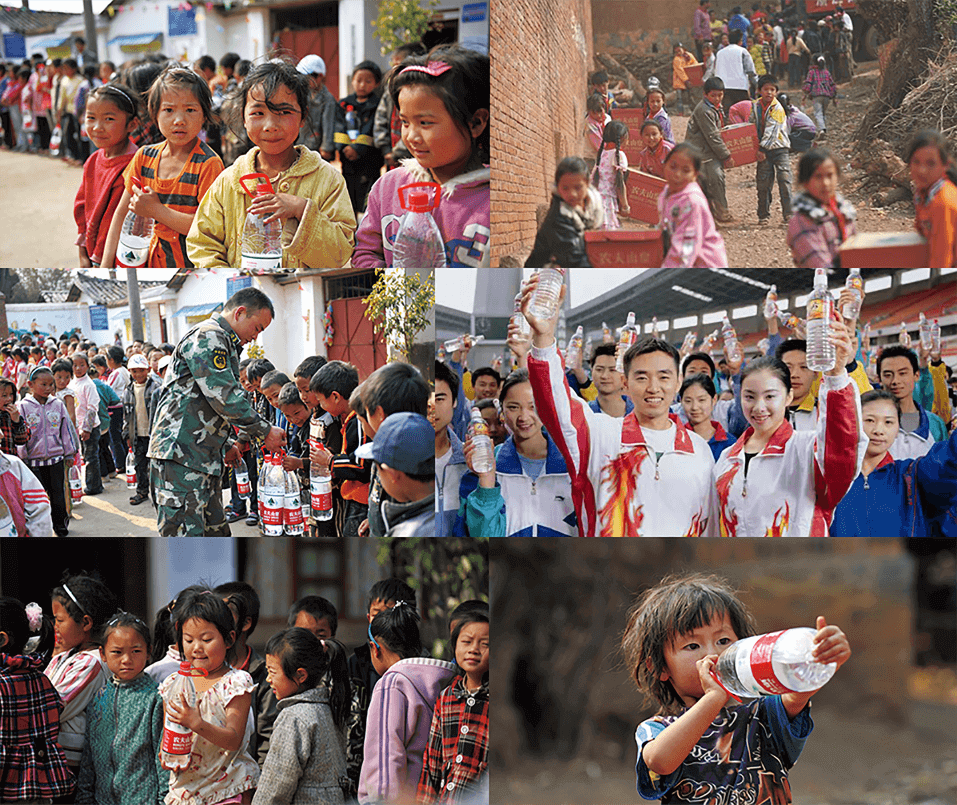 Typhoon Lichma in August 2019 and Super typhoon Lekima landed in Wenling, and the ancient city of Linhai was flooded. Nongfu Spring donated a total of 266,500 bottles of water to the disaster response. Nongfu Spring staff drove with water through the muddy landslide-hit mountain road. After experiencing signal loss for three hours, they finally sent the water to the disaster area.

In August 2018, Shandong Shouguang suffered severe floods and suffered heavy losses. Nongfu Spring came to Shouguang immediately and provided resources for the fire fighters in the front line of the disaster.

In 2017, Nongfu Spring cooperated with the Red Nose Foundation to send 250,000 free lunches to children in impoverished mountainous areas in China under the theme of "wearing red nose and being happy for public welfare".

From June to July 2016, flood disasters occurred in places such as Wuhu, Anhui, Yancheng, Wuhan, Hubei, Xinyang, Hunan, and Fenghuang, Hunan due to heavy rainfall. The company immediately mobilized local offices to provide material support to the disaster areas, and donated more than 18,000 boxes of natural water, which alleviated the problem of drinking water for people in the disaster-stricken areas.

Rainfall continued to occur in Zhejiang from May 26, 2016. During the night of the 28th, heavy rainfall caused geological disasters such as mudslides and landslides in Jiande, Hangzhou, and Xin'anjiang The Sub-district Office was suffered significant damage. The company's Xin'anjiang factory donated 100,000 yuan in cash for flood relief in Xin'anjiang street.

In October 2013, typhoon "Fett" brought extremely heavy rainfall to Yuyao City, Zhejiang Province. The urban area was flooded, and urban traffic was paralyzed. Nongfu Spring donated a total of 50,000 bottles of drinking water (valued at 70,000 yuan) for residents to drink.

On July 21, 2012, a severe rainstorm occurred in Beijing. Nongfu Spring efficiently mobilized 2.6 million yuan of natural drinking water from all over the country and urgently distributed it to the Fangshan disaster area, helping residents to solve drinking water difficulties.

In 2010, a severe drought occurred in Yunnan. Nongfu Spring donated 380,000 cases of drinking natural water to the disaster areas in Yunnan within a week, providing humanitarian relief to the more than 1.5 million people in Yunnan.

On May 12, 2008, after the Wenchuan earthquake in Sichuan, Nongfu Spring was the first private company to join the earthquake relief work. Chairman Zhong Shanshan spent eight days and seven nights in the disaster area overseeing the company’s disaster relief operation. Nongfu Spring donated more than 25 million yuan of materials and funds to the disaster response. During the earthquake, a "Mother" ambulance team was also organized by company to treat the affected orphans and disabled children. Our employees also donated blood and, through the China Primary Health Care Foundation, assisted with blood screening and infectious disease diagnostic reagents. Nongfu Spring was awarded the "Charity Outstanding Contribution Award".

In January 2008, during the snow disaster in South China, Nongfu Spring donated 100,000 bottles of natural water to passengers stranded in Guangzhou Railway Station and was awarded the title of "Caring Enterprise".

In May 2007, following a cyanobacteria event at Taihu Lake, Nongfu Spring donated 10,000 cases of water to the Wuxi Municipal Government to assist poor families. The water was distributed to seven administrative regions of Wuxi by relevant government departments.

In August 2006, Chongqing and other places suffered from unusually high temperatures and drought, and Nongfu Spring Co., Ltd. immediately delivered 10,000 cases of water to the disaster area.

Nongfu Spring initiated the "one penny" charity event for basic sports in poverty-stricken areas-the Sunshine Project, donated sports equipment to many schools to support the construction of basic sports facilities and the development of basic sports activities.